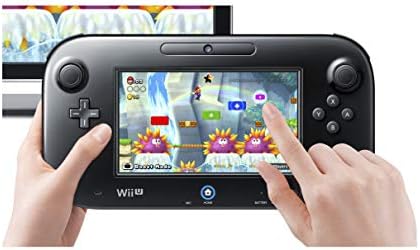 The Wii U Gamepad controller removes the traditional barriers between you, your games, and your TV by creating a second window into the video game world. It incorporates a 6.2-inch, 16:9 aspect ratio LCD touch screen, as well as traditional button controls and two analog sticks.
Motion Controls: The built-in accelerometer and gyroscope allow for intuitive motion controls
Camera : Can be used for games and also for video chat between Wii U Consoles
Built In Amiibo Reader: Simply tap your Amiibo to the Near-Field Communication (NFC) Scanner